1 the nonphysical part of a person that is the seat of emotions and character; the soul
2 those qualities regarded as forming the definitive or typical elements in the character of a person, nation, or group or in the thought and attitudes of a particular period

Who and Where is God?

I've been reading a lot of books recently in a genre that I'll loosely refer to as an Evolution of Consciousness. From Ekhart Tolle's best selling book (A New Earth) to Gregg Braden's (The Divine Matrix) investigation of quantum physics and consciousness, there is an explosion of interest in this space. There have always been book and authors on this topic but there is now an unprecedented awakening of interest in consciousness in mainstream society.


If you read these books (not just these two but the multitude in circulation) in isolation you'll miss the connection between them. These authors haven't so much as "discovered" the truth but rather they've tapped into a central theme that is emerging in mankind's thinking. Upon consuming these texts you'll find common references to literature, history, religion and themes on awakening consciousness.


Our relevance in the Universe drives much of the interest in this category and I purposely capitalize "Universe" because for many this can be interchanged with "God." By doing so I do not intend to reduce "God" to the definition of "universe" nor do I mean to infer that the universe is God. My point is to allow you to "try on" inserting one of these two words interchangeably to find the context in which you are comfortable. For the time being, forget what is right and what is wrong and simply "try on" this perspective with terminology that makes sense to you.


Where is God?
Before I discuss "who is God?" let's think for a minute about where God exists. When a child asks an adult, "Where is God?" a common reply is, "God is everywhere." One perspective on this answer is implying that there is no hiding from God and that God is all knowing. If God is everywhere and all knowing then your every thought and action is known and intended by God. This certainly makes us feel better when we're in perilous moments in life to believe that God is with us.


I agree with this theory that God is everywhere but with one important distinction. I believe that there is no distinction between God and humanity. In our reality we must separate objects in order to make sense of them. You and I are separate as is evident with our free will to do what we choose. Similarly if we are truly independent of one another then I cannot be held responsible for your actions or situation. Clearly operating in the world requires a certain degree of self awareness and responsibility for one's self. In this model you're responsible for you and I'm responsible for me. And with most concepts of God comes a separation between ourselves and God.


Like me you probably have a vision of what God looks like in your head. For many of us this vision is quite similar to Michelangelo's depiction of God in the Creation of Adam. In this painting God looks strikingly similar to a paternal figure and has been around long enough that he's grown a long, white beard. Or maybe your image of God looks like Jesus, Mohammad, Buddha or another iconic figure that was introduced to you as a child. What all of these images have in common is a separation of physical presence of God and ourselves.


In separating ourselves from God we absolve our responsibilities under God's teaching. In this model God is a separate deity which will pass judgment on us for our actions. Much like a body of law we interpret God's teachings in a rules based society under which one either obeys or disobeys the law. However our interpretation of this law is subjective based on a variety of factors ranging from religious doctrine to our personal belief system. Each of us is aware of religious doctrine and can place our adherence to this body of law in a continuum ranging from "not following" to "following religiously to the letter of the law." In this, we make up our definition of right and wrong which enables us to live with ourselves and sleep at night.


Consider for a moment that God is not separate from you. This does not imply that you are God nor that God is isolated in you. Instead try on God being infused (at a molecular level if this helps) in everything in the Universe including you. With this connectedness with God there is a network on consciousness between you and everything else in the Universe. And through this connectedness you are linked to mankind and God.


So in answer to the question, "Where is God?" I say that, "God is in You." Your prayers are instantly delivered with no delay because God is part of you. But it gets even better and more interesting.


Who is God?
If God is in you and your prayers are instantly delivered then this also means that God's communication with you is instant too. We are so ready to accept that God spoke through Jesus and Mohammad and to Moses. But why are we so convinced that God doesn't communicate with "us" anymore. I'm not sure why we find comfort in someone else being selected to hear God's words but assume that God wouldn't speak directly to and through us.


If you were born with an innate sense of right and wrong through your connectedness with God via the Universe then why do you seek rules of right and wrong from outside sources? Try not to stray off topic with this concept and keep it focused just on yourself. We believe that the rest of humanity is not capable of such awareness and thus believe that rules keep order in our world. But what about you? Even when you choose to do wrong, despite the justification you allow to make up, you know that you're wrong.


The mind is expert in survival. Ralph Walker regularly reminds me that the mind is wonderful servant but a horrible master. Thus in order for us to feel OK with ourselves our minds are quite adept at convincing us that we are right. With enough time and reinforcement we can also begin to believe that our version of reality (our justification of what really happened or why our decision was right) is true. But this only clouds one's connection with God and filters the communication from God.


Let me again be clear that you are not God in this. God, or the Universe, is in you and connects you with God and the Universe which includes all of humanity. Thus you can achieve anything, including happiness, with the tools that God gave you. You can have anything you want in life through your connection with God and the Universe. There is no secret in The Secret other than the fact that we've been secretly avoiding the answers to our prayers that exist within us.


Can you simply wish for something as described in The Secret and achieve your dreams? Of course not per the laws of physics that govern the Universe we live in. Even though once an object is in motion it will continue until a force acts against it you must first put the object in motion. Wishing for an outcome is merely the beginning in putting your intention into motion. You must continue to add energy to your intention to propel it through to reality.

Consider the inverse of this hypothesis: a body at rest tends to remain at rest.

Thus if you don't manifest your intention (e.g. thinking, wishing, adding to a goals list or posting to a dreams board) then it has no possibility for becoming reality. By not committing to making your intention become a reality you don't prove that the approach doesn't work. What I mean by this is that by simply "hoping" and "thinking" without achieving your desired outcome (e.g. not fully committing and investing energy) you haven't proved that the approach is invalid.


Darwin's Twin
Before I explain "Darwin's Twin" let me say that I'm not intending to describe a fact. Many authors state theories on how things work (e.g. Ekhart Tolle's pain body) but couldn't possibly know if their theories are in fact true. They're merely conceptual frameworks for you to relate to how things work. In describing "Darwin's Twin" I'm not trying to convince you that you have a twin existing in the Universe (although I'm sure speaking authoritatively on these types of constructs work wonders for boosting book sales).


However just before bringing you into this world God separates you into two separate collections but imagine a single thread remaining between each collection. Your "twin" is as much "you" as you are and exists in the Universe to help you. Whereas "The Secret" promises results for committing yourself to your intention, your twin (you in the Universe) is listening and helping you make connections with every other person in the Universe. Through these connections (it doesn't matter if those people are conscious to the connection) your intentions, hopes and dreams can become reality.


How do you connect and communicate with God and the Universe? For many this is through the power of prayer. Channeling your prayers to God connects you to the Universe and through the connections possible in our Universe, God "pulls strings" to make your dream become a reality. Try not to think of this construct as a box that constrains how God operates but rather how God created the Universe. God doesn't have to operate via this network but rather the Universe was constructed by God with this framework to enable life to function.


As with "The Secret" you can make your intention a reality by hoping for it, visualizing it becoming a reality and putting energy towards it being accomplished. Imagine your twin accepting your hopes, dreams and prayers and working on your behalf to take the energy you put out and channeling it through the connections to others that will help you.


In doing this you will find seemingly coincidental occurrences begin to happen. People will come into your life unannounced that will help you. Connections will be made and introductions will be made on your behalf. Moreover you will find the ability to focus your energy on accomplishing your goal. As opposed to everyday goal attainment which can be attributable to hard work, talent, skills and knowledge the outcome to your goal will be achieved via a network of humanity pulling for your success.


Skeptical observers will tell you that this is not possible and many of these same skeptics will be successful individuals. And this isn't to say that this is the only way to achieve your hopes and dreams. If you work hard and have the requisite talent, skills, knowledge and network to achieve your goal then connecting to the Universe isn't necessary.


You'll notice in this that I'm not advocating that you can do it alone. Although it is possible to achieve dreams in isolation they are more likely to be achieved via a team of conscious contributors pulling for you. Much like if a million people sent you a dollar you would be a millionaire, a network working on your behalf on a daily basis brings your dreams much closer to becoming a reality. Enroll others in your dream and you increase the likelihood of your dream being achieved. 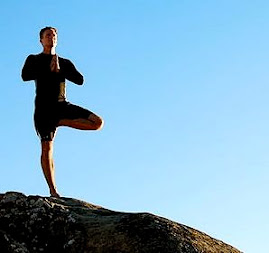